What is Corset Flossing?

Ever wondered what those little colourful flashy bits are on corsets both antique and modern?  Well here's a full explanation on who is responsible for the art of corset flossing and why you see it a lot on antique corsets.

Article written by Julia Bremble of Sew Curvy quite a long time ago, and re-vamped November 2018

Corset flossing, sometimes called corset 'fanning',  is a form of embroidery invented by the Victorians to preserve the life of their corsets by strengthening the ends of the boning channels where the corset bones may poke through the channels with wear.  Being the Victorians, they insisted that everything useful also had to be beautiful.  Therefore, antique flossed corsets look very pretty.  Back in the day, during the height of mass production of corsets, they had special machines which flossed factory made corsets but before machines, and for special hand made corsets, flossing was also done by hand. 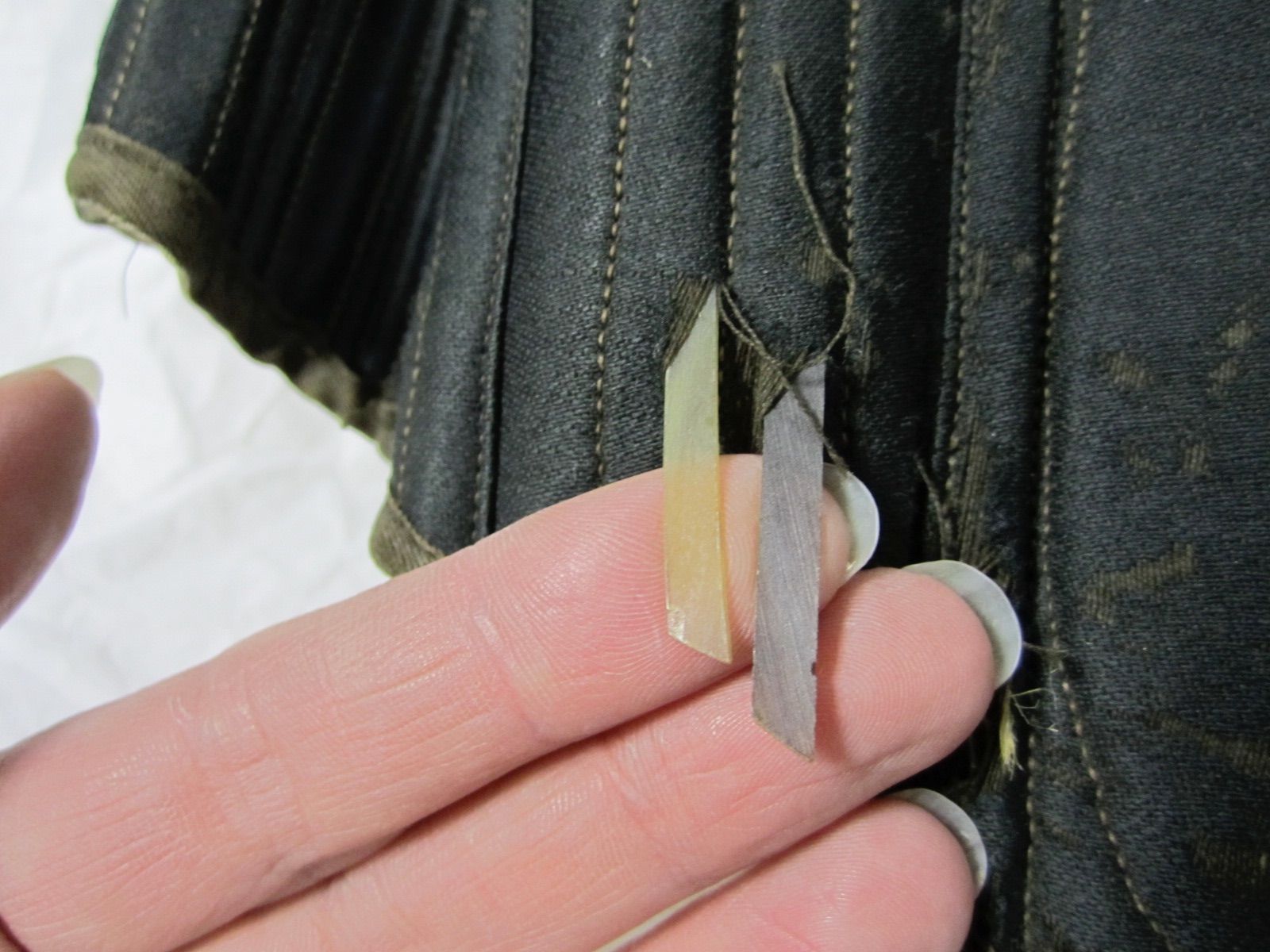 These days we also have to floss our corsets by hand and a variety of materials can be used to do this.  I love a bit of flossing it must be said, especially self coloured flossing where the flossing thread is the same colour as the corset - this is quite a modern iteration of the art and I think it lends a certain elegance to a peice where the effect is purely decoative. 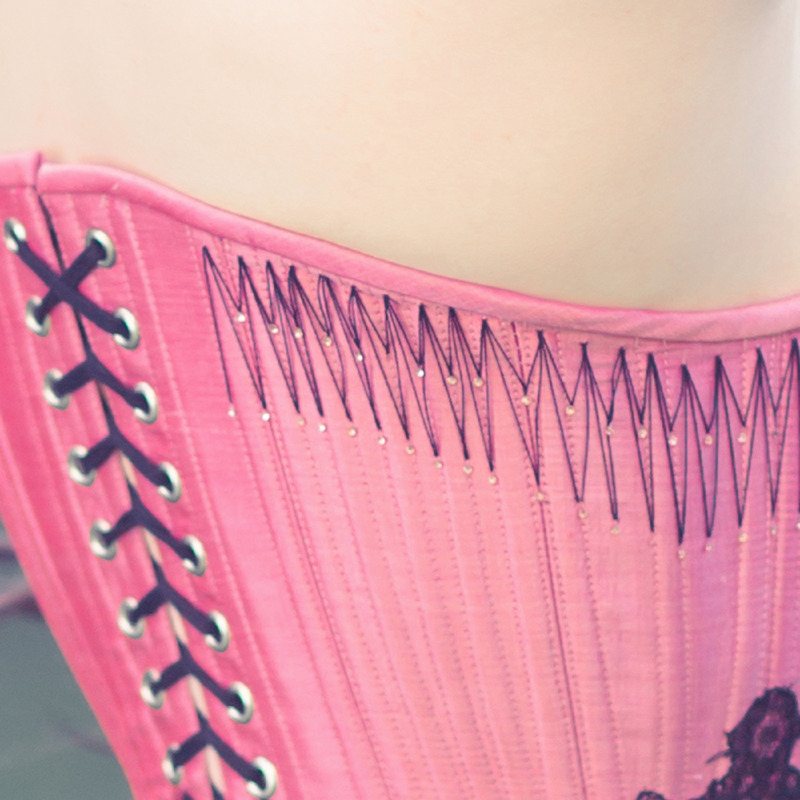 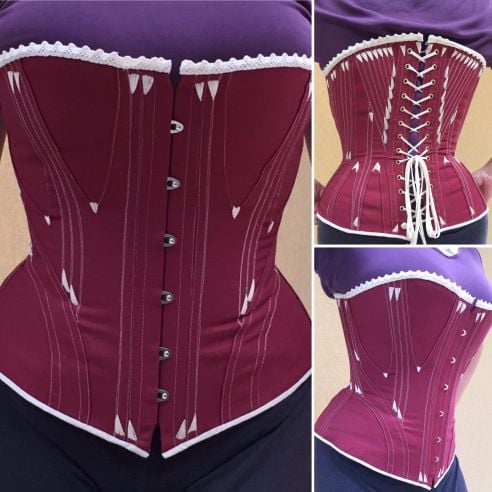 An antique reproduction corset flossed in the manner of an antique corset, by Izabela Pitcher of Prior Attire 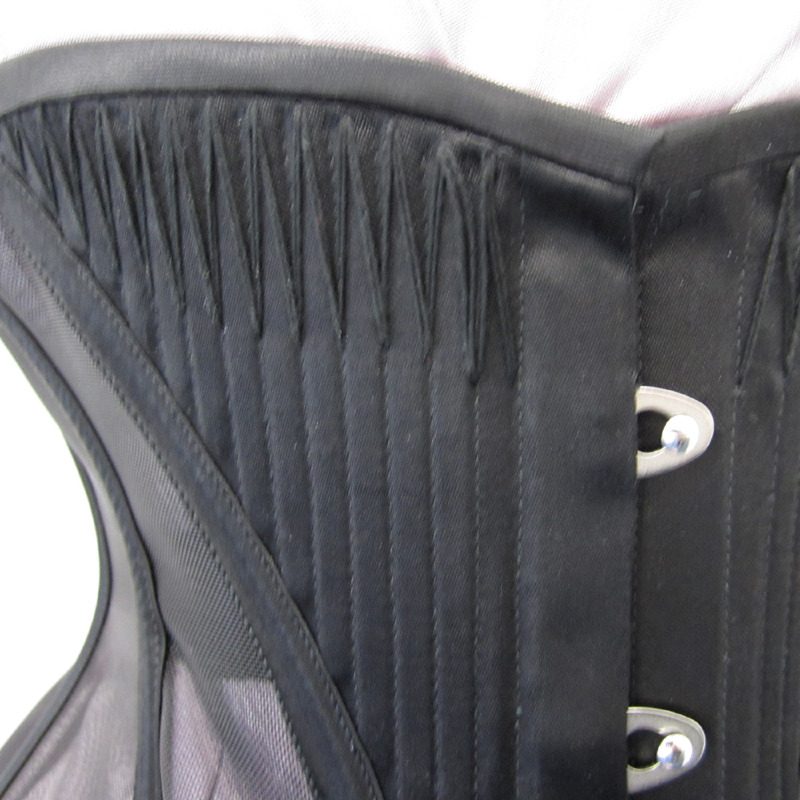 Here the corset is flossed with the same colour thread as the corset itself.  This is quite a modern thing. Corset by Julia Bremble

There are lots of way to floss a corset, the best way to learn is to make a flossing sampler and learn by experimenting.  Some people do not like the flossing to be too obvious on the reverse, some people like the workings to show as a sign of craftmanship.  Download a free flossing sampler template HERE.

The Symington Flossing Sampler is a huge quilt sized sampler made from lots of samplers sewn together.  It illustrates all the corsetry flossing designs that were available on Symington Corsets during the late 19th century and early 20th century.  You can see the sampler in person if you travel to the Leciestershire County Council resource centre where it lives.  Check the resources below for further links to the Symington Collection of Antique corsetry.

These days, flossing a corset is more of a decorative pursuit but of course, can still be used as a protection against your bones poking through the channels prematurely.  Design scope is as endless as your imagination!  Go forth and explore - or read our detailed tutorial on how to floss a corset, including video!

The following images are from corsets in the world famous Symington Collection of antique corsetry.  They are particularly lovely examples of how the Victorians liked their corset flossing to look.  Most of them are machine flossing.  The images are copyright to Julia Bremble, and used with kind permission.  Please do not reproduce without permission or credit. 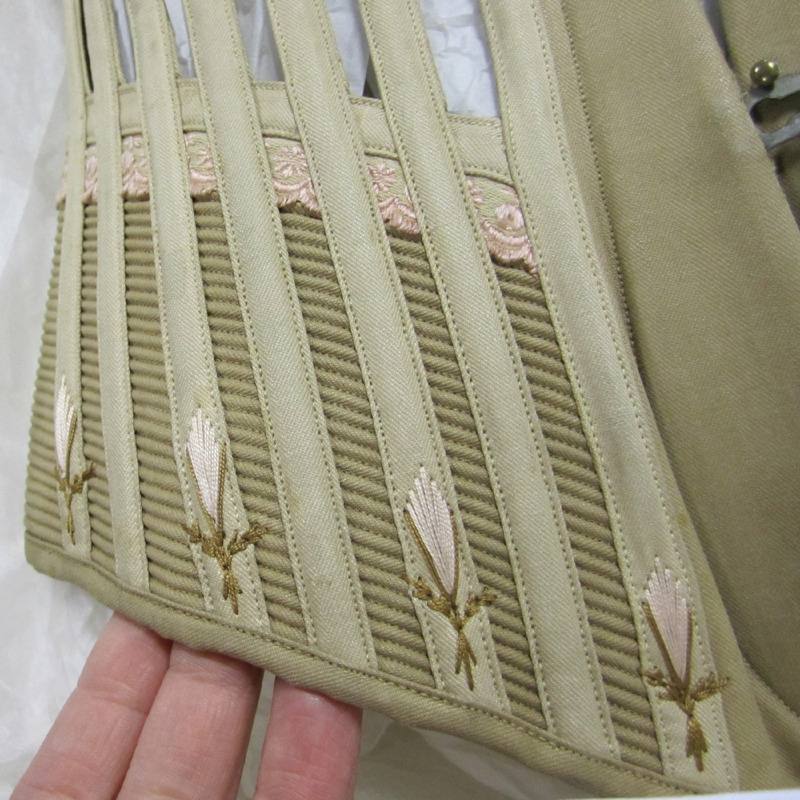 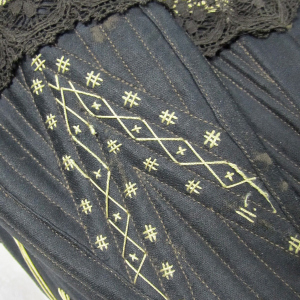 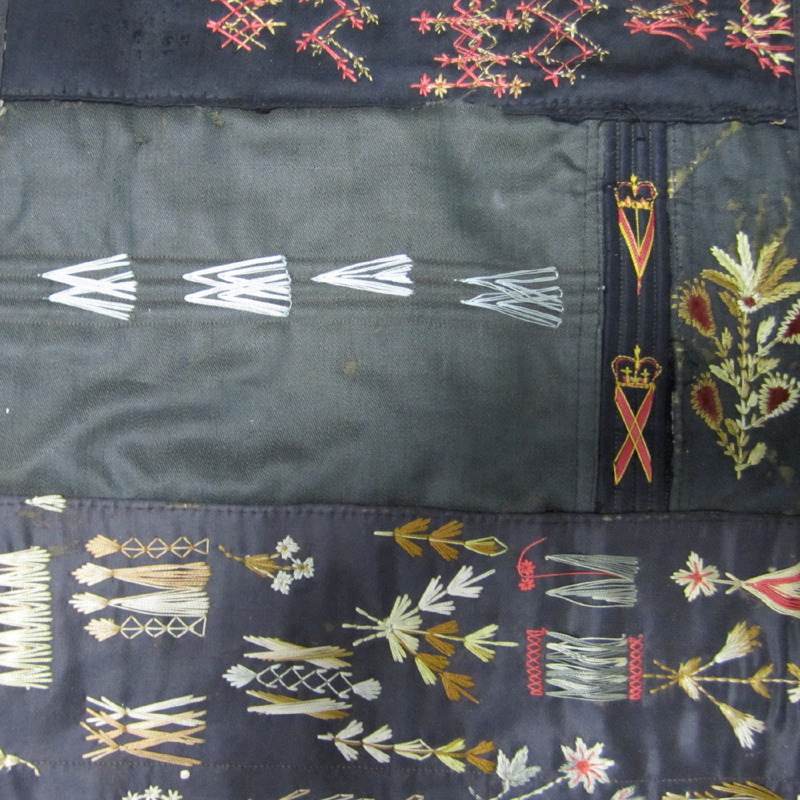 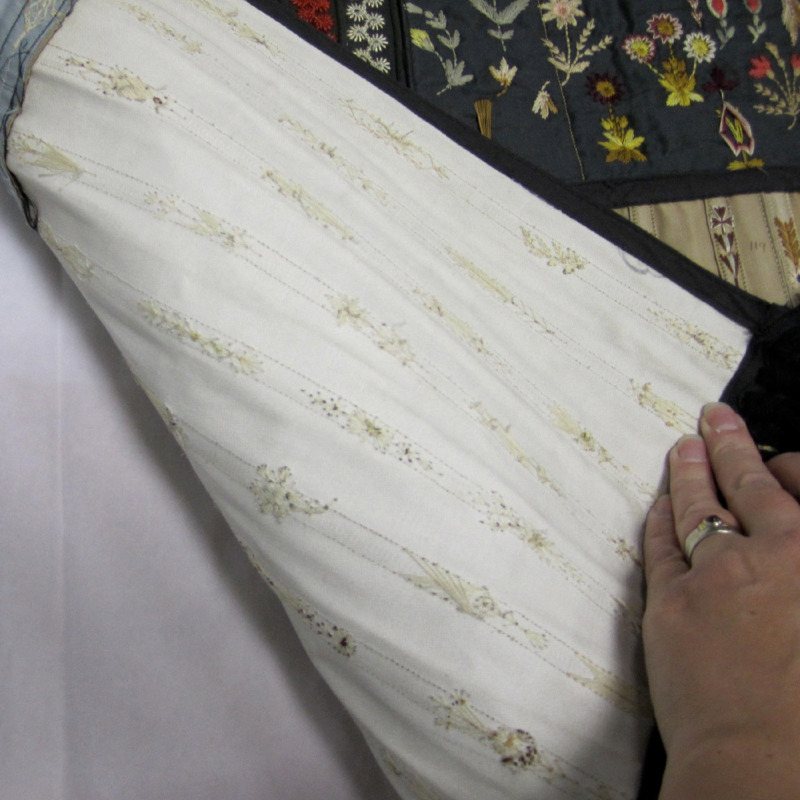 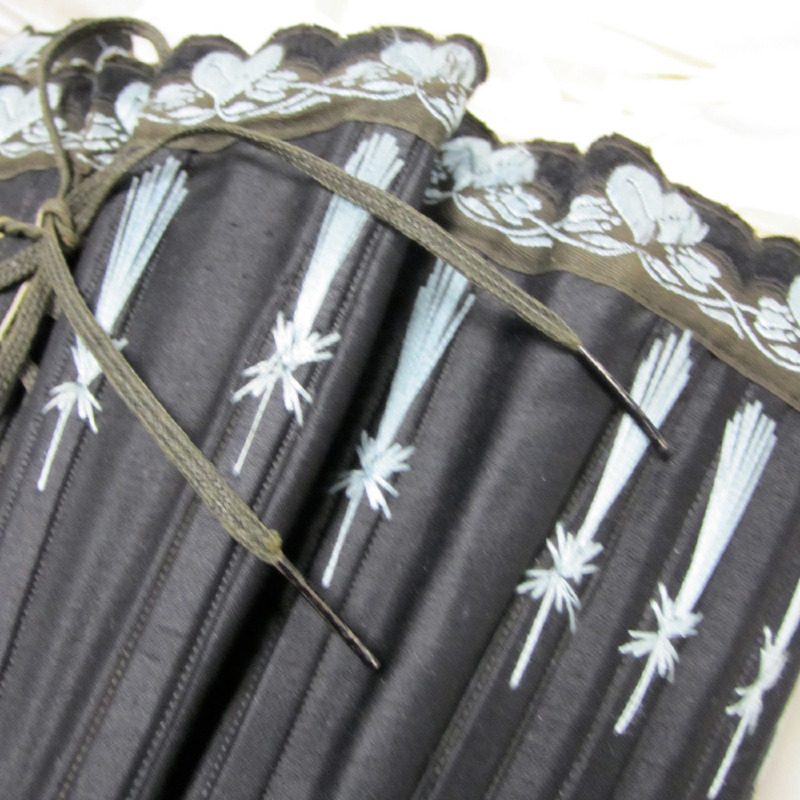 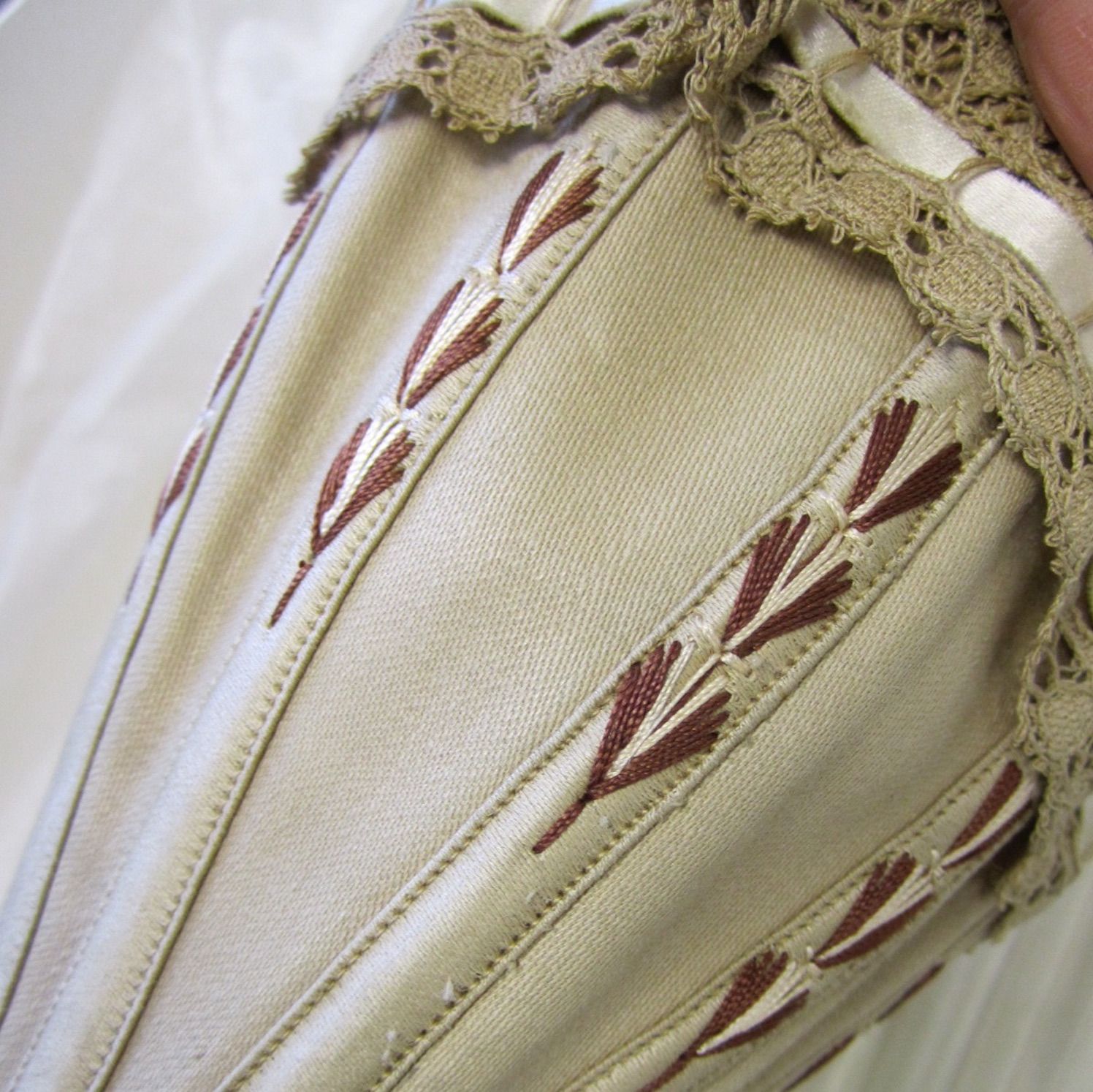 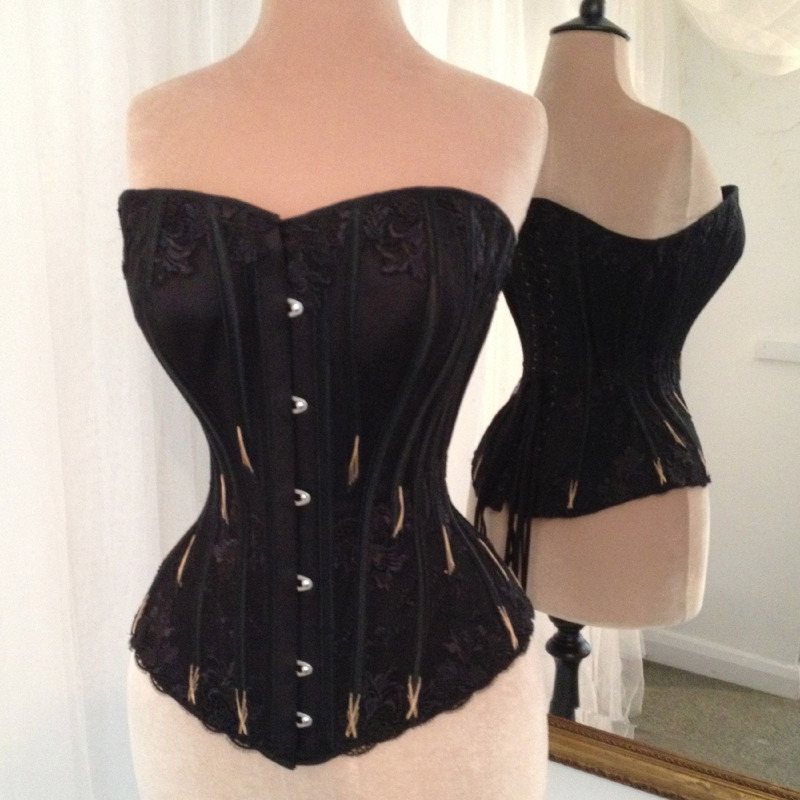 Click HERE to see our own tutorial with video on how to floss a corset.

Sydney Eileen's tutorial on how to floss a corset, complete with diagrams